Posted at 17:21h in Uncategorized by Eddie Acevedo
Share 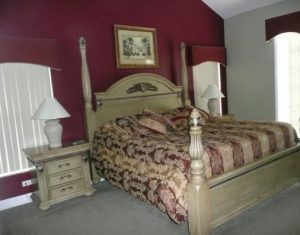 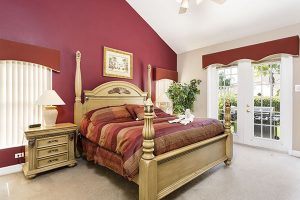 Now it’s true that the cameras in our smart phones these days are far superior than they use to be. They’re a great alternative to lugging around multiple devices when you’re out with family or friends and just want to capture a quick snapshot of the moment. Heck, the 8-megapixel camera on my Samsung Galaxy 3 (Yes, I know I need to upgrade my phone) takes a more decent photo than my cheap 15-megapixel digital camera I bought a few years ago. In fact, for exterior shots (so long as the natural lighting is good) there isn’t much of a difference between the newer cell phone cameras and SLRs. However, when dealing with anything other than personal pictures intended for Facebook or Instagram, there is no comparison to what a professional photographer can do for your Real Estate business with HD Photography.

Using a mini computer designed to do everything to a device made for producing quality pictures is akin to using a swiss army attachment instead of a chef’s knife when you’re trying to cook. Phones are the like a Jack-of-All trades but a master of none; it may do a bunch of things pretty well, but not nearly as efficiently as DSLR Camera is at doing it’s job.

The two main reasons why your expensive iPhone’s camera just doesn’t add up to a DSLR, in terms of actual hardware, are it’s inferior lens and flash. Even with the add on “wide angle” attachment they make for smart phones these days, the mechanics just aren’t the same. Capturing a tight space like a bathroom or kitchen is nearly impossible with a phone’s lens without making it look tiny.  In addition to that, the flash is almost always needed indoors with a phone or else the pictures come out grainy and noisy. The phone’s small flash is no different from a pen light in that it’s very small and direct. A DSLR lens takes in a broader range of light and the flash isn’t needed as often. When it is required, the larger flash of the camera disperses the light more evenly. Resulting in the image looking more natural and true to life. Both of which are very important in a buyer’s eye as they’re browsing through tons of Zillow pictures. Half of which are grainy, dark, cellphone pictures taken by agents. Naturally people will be more drawn  to the brighter and inviting pictures taken by the professionals.

Here at AccuTour, the Matterport camera we use to scan homes and businesses for our 3D virtual tours takes surprisingly beautiful still-shots. Much better than a smart phone camera is capable of. Even as such, we insist on having a higher standard than just “good enough.” That’s why, in addition to our 3D AccuTours, we provide HD photography using a Canon ESO Rebel T5i. It takes clearer, more crisp, intensely vivid, wide-angle pictures of interiors and exteriors because that’s what it was made to do. We refuse to give our clients anything but the best we can provide to help them sell their listings.